Food and travel go hand in hand, in my opinion. While in Quebec City (Canada) for a conference, I went on 2 different and delicious walking food tours.

One of the great things about attending a travel conference are all of the optional activities, allowing attendees to make the most of a quick trip with minimal planning and at no extra cost to us.

I was in Quebec City for the annual Women In Travel Summit (WITS). Although I live just one province over, in Ontario, I had never visited Quebec City and was excited! A long weekend getaway, meeting women from all over the world who have one thing in common - the love of travel, and exploring a new city.

Amongst the many activity options, there were 2 walking food tours led by Local Quebec City Food Tours and I booked both! Here's a peek at some of the tasty bites we tried.

Tour # 1, the Old Quebec City Food Tour, was on the day I arrived. It was promoted as a walking tour to go where the locals go, learn the history of Quebec City and sample regional cuisine. The tour would take us to "sample organic deli, ice cider, maple products and savoury tidbits from local restaurants and shops."

In the tour notes they suggest you come hungry, as there is enough food for lunch. I took this literally and was quite hungry after a few hours of travel. I arrived in town, checked into the hotel, dropped my things in the room and joined the tour. This was a mistake on my part. I was really hungry and while there was definitely a lot of food to taste, it was over 2 ½ hours with a fair bit of walking. I spent more time eating and not a lot of time taking photos. Oops.

La Buche, serving traditional Quebec cuisine with a modern twist, was the first stop. Modelled after a sugar shack, the interior was cozy with lots of wood.

Our first bite of the tour was salmon tartare topped with a fresh blueberry. Absolutely delicious. The Summit held Happy Hour at La Buche the following day with lots more bites to try, all equally tasty.

Le Tournebroche Bistro is a farm to table restaurant working directly with local producers, they support organic farming and the local economy, and have a rooftop garden where they grow herbs & vegetables for use in the restaurant. They also have a beehive!

A Quebec food tour isn't complete without a taste of maple!

The Saint-Roch Food Tour had 6 stops, and every one was fantastic. This food tour was "designed to sample a variety of the best food from the area." We sampled raw milk cheese, a vegan dessert, chocolates, poutine and more.

Located in the St-Roch District, they are producers of 12 cheeses made from raw cow, sheep and goat milk. We visited the boutique to sample a variety of cheeses, a local Sparkling Sea Buckthorn beverage sweetened with maple syrup, and the most delicious toasted sandwich.

We stopped in at this brewpub for a small plate of octopus ceviche, gravlax and black eyed pea salad and a taste of their craft beer or basil soda, which I opted for.

They brew over 30 different beer recipes and serve food made with local ingredients to pair with the craft beer.

We went to Ness Restaurant for vegan, gluten-free Key Lime Pie, tea at Camellia Sinesis Mason de The and chocolate at Champagne Chocolatier.

Poutine. Of course. We had to stop for poutine.

Chez Ashton has been around since 1969. Started by Ashton Leblond, the original concept was a fried potato trailer and they didn't start serving poutine until 1972.

Eating local cuisine is one of my favourite parts of travelling. Local food and ways of preparing it provides an insight into local history & culture, and going on a food tour like these gives a great introduction to different neighbourhoods, and restaurant & food styles. The guides were local and pointed out historical sites, other restaurants to try and points of interest along the way.

I highly recommend both of these Walking Food Tours. Wear comfortable shoes, be open to new things and bring an appetite. Remember that you'll be eating a small bite at each stop so don't be silly like I was, don't show up super hungry. 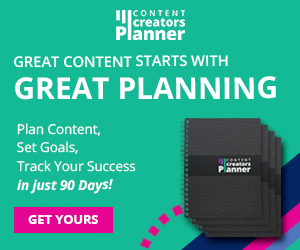